tl;dr - I review and reflect on David Allen’s book “Getting Things Done”.

Last month I decided to leave my job and start something new. Apparently, I’m not alone as The Great Resignation appears to be an ongoing trend in 2021. I took this opportunity to finally read David Allen’s book Getting Things Done (GTD). I find that the best time to pick up new habits is often alongside a big life change. You get a bit of a fresh start which makes it easier to integrate new ideas. 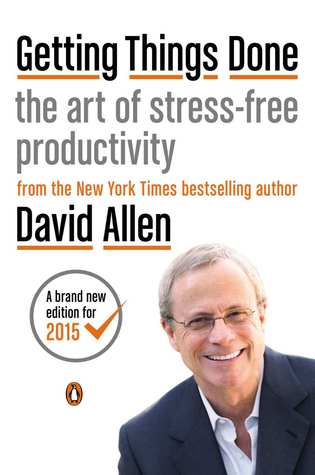 In this post I want to reflect a little bit on the main ideas from the book. Originally I was also going to discuss a bit about how I’m starting to integrate them in my life but I’m going to leave that for another day.

For context, this is not my first foray into the productivity space. I’ve lived through the 4 Hour Work Week, Lifehacker, and productivity pr0n fads. I implemented a sophisticated workflow using Evernote and Todoist to get through my engineering undergrad degree. I even had the privilege of working for several years on the Gmail team at Google. Throughout that time GTD had always been in my periphery but never rose to the top until now.

So what is Getting Things Done? Well it’s a book, originally published in 2001 by David Allen with a revised 2015 edition. It spawned its own productivity movement with an annual conference and certified coaches. Now I’m not really interested in finding a new religion or joining a congregation of list-making cargo cultists. So off the bat I was a little skeptical. I tried to inoculate myself against todo list bullshit by reading The Rise and Fall of Getting Things Done and rereading Todon’t by Jeff Atwood. A good summation of my skepticism is this quote of a quote with original attribution to Adam Wozniak:

And just like that I cracked open the book wearing my jade-colored glasses.

I was pleasantly surprised to find the content less dogmatic and opinionated than I feared. From the introduction:

In truth, this book is not so much concerned with getting things done as it is championing appropriate engagement with your world–guiding you to make the best choice of what to do in each moment, and eliminating distraction and stress about what you’re not doing.

It’s a bit preachy, but I think the last statement is especially important. I find many self-help and productivity practices to be overly prescriptive on The Right Way™ to do things. However, a tip from Nassim Nicholas Taleb’s Antifragile is that negative information (aka. The Wrong Way™ or “what not to do”) is often more robust and stands the test of time longer.

So what are the via negativa principles presented in GTD? Here’s are the key principles I found:

The above list is not actually written in this fashion in the text as most people find negative phrases harder to understand. Instead the book had a prescriptive approach with a workflow.

The starting point is to wrangle all of the bits of info that tug on your mind into inboxes. This helps create some mental space instead of letting them bounce around your head creating stress.

From there, the items get triaged which is mostly a classification and organization exercise. A key component is making sure if the item is actionable to identify a 1 sentence outcome, and 1 sentence next action to make progress on later. This takes an item like Winter car tires and turns it into:

The act of identifying the next action while not necessarily committing to doing it right now reduces the mental weight of triage. I know that I’ve had some anxiety to review my post-vacation inbox and bug queue. However, I can take the edge off if I only commit to a first pass doing triage. For bigger projects this is especially important because identifying a next action forces you to break up the problem into smaller pieces. This also makes triage fast and enjoyable because you can crank through the inbox faster if you aren’t completing each task as you go (unless it is small!). I’ve skipped over a lot of the details for specific organization categories which the book goes through. I think this is one area of the book which should really be personalized to each reader. The base template is really good but I think modern tools which offer periodic reminders, scheduled send, and snoozing reduce the need for some of the proposed categories. How detailed should you be in your categorization structure? Well the book has a choice quote for that:

The right amount of complexity is whatever creates optimal simplicity.

At the end of the triage process you should now have a list of concrete next actions which you can prioritize and get started on. Again, mental space is created by filtering and cutting through all of the stuff which is not actionable now and letting you focus on stuff you can do.

To keep all of this fresh, GTD recommends a weekly review of your lists. This also has the benefit of avoiding the creation of a large backlog in your inbox.

I’d like to come back and respond to some of my prior beliefs having read the book.

Yes, lists by themselves without action or review can provide a false sense of security. I still agree that a list without action is just an illusion. However, in practice I’ve found the process has given me more space to actualy focus and get work done. While I don’t disagree with the prior statements I’d add my new perspective that:

Dumping all info from your mind into external storage create mental space to help you focus and get work done.

I’ve definitely punted the same item week after week feeling guilty about it. I feel like there are two types of guilt. One is looking at a big list of important items and knowing there isn’t enough time to do it all. I’ve normally found this kind of thing to happen in the workplace. The other type of guilt is caused when some aspirational tasks have been added to a list in the hopes that that will force you to make it happen. Each of these types needs to be addressed slightly differently.

Now this post is getting a tad long for my liking so I’m not going to go point-for-point on the remaining Todon’t points. However, I feel like I have to respond to the idea that lists suck the enjoyment out of life and close yourself off from being spontaneous. I generally agreed to this idea before. Ultimately whatever your system is, how you find enjoyment is largely up to you. Nobody should ever write have fun or be spontaneous on a task list. It’s too ridiculous. However, in my experience, it is possible through the practice of GTD to provide yourself more mental space which allows you to better enjoy the moments that matter.